*When I dance I feel I’m smiling inside* 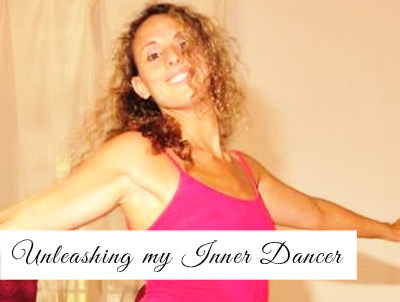 In 2005, I learned a dance called Zouk Lambada. A beautiful, captivating, sensual and mesmerizing dance. How I came to learn this dance and thereafter teach It, is an interesting story; one that I will never forget.

I had been living in London for 5 months, and on this one day I found myself on Gumtree looking for Photography courses. I had been passionate about photography in the years prior to this, and I wanted to see if I could find a course in London.

As I was searching, I came across an advert that for some reason drew my attention. It said “Latin & Brazilian Dance Classes”. I hadn’t danced in 6 years and I had hardly ever thought of dancing since I stopped ballet at 17. That said, for some reason – I was drawn to this advert!

When I clicked on the ad, I remember thinking “Well, these classes would have to be very close to my home for me to even consider doing this.” With work, travel and gym – there wasn’t a lot of free time. When I scrolled down the advert, and got to the location, I couldn’t believe it! This venue was not only in my neighborhood – it was a 5 minute walk from my house! If that wasn’t a sign – in the whole of London.

I was a natural. I loved this dance so much right from day one. I loved the music and I was enjoying learning the steps. On the day of my third lesson, the teacher, Adriano, approached me. He said to me that he has been looking for a dance partner – someone to help him teach and practice with. He complimented me on how fast I was picking up the steps and he asked me if I’d be interested in being his dance partner. I was smiling from ear to ear. It was an immediate YES!

My journey with Adriano was intensive, amazing, challenging and life-changing. He taught me so much! We taught classes in London together for a year and a half and years later he came to Cape Town to support me in starting classes here.

I taught classes from 2010 to 2012. It was a time where my passion and enthusiasm took me to the most incredible heights within myself. These were honestly some of the best years of my life!

I taught at several venues in and around Cape Town, and had committed students who just loved the dance! I remember every venue I taught in. For about 8 months, I even had a dance partner that I was practicing intensively with that really took both our dancing to new levels.

In 2012 things started to change. Classes were getting quieter and quieter; and at some point I decided to stop teaching. This was a sad time for me. I gave my heart and soul to this, but it felt like I had hit a dead-end. I could feel I needed to learn more and so I made a decision to become a student of dance and immerse myself as a student – which I did for many years following this.

However in those five years or so, when I thought of Zouk Lambada, I always felt a deep sadness within me. I could feel like I had given up on something that gave me so much joy. It felt like I had blown it. I sometimes even cried. I felt like I wouldn’t be able to get that back again.

It was 2018… and a series of “strange” co-incidences began to happen.

I remember having several conversations about Zouk in a space of a few weeks. It somehow kept coming up in conversation. In some conversations, I would bring it up. I remember even saying to people at the time that I would love to start teaching again – and being surprised at my own words.

One of these conversations led to the person actually asked me if I could show him the basic steps. I was apprehensive – I didn’t think I would be able to remember anything. It had been so many years.

However, the strangest thing happened. As I began to show this friend the steps, all these memories started flooding back. I thought I had forgotten the steps, how to teach, all my tricks, what I used to tell students – But all the knowledge and memories were there… It was just waiting for me to access them.

This day was so Massive for me! I realised that I could actually have a second chance at this.

I made a decision in that moment to trust and commit. I decided to order new Zouk shoes online from London. They are the best and I knew that if I wanted to do this, I need the best shoes! A few weeks later, my cousin from London brought me the shoes J

Only about 2 or 3 months went by – and then I met Simone!

My housemate had been invited to a party in our neighborhood. It sounded amazing and she told me that I could come too. That night I officially met Simone; even though I hardly spoke to her. She was actually catering the event. I later found out that Simone and the man who was hosting the party, David, are the bestest of friends.

David invited us back to his house a week later to swim and that day is when I spoke to Simone properly for the first time. I can’t remember how it came up in conversation but I found out that day that Simone is not only an amazing chef, but that she is also a professional dancer and teacher! I was amazed.

I subsequently told her that I have been thinking about starting my zouk lambada classes again. All I remember her saying was “If you need a studio, you can use my studio!” In Hout Bay (5 mins from my house). :)

I hardly knew this woman and she was offering me her studio!

A few weeks went past and the movement towards teaching classes seemed to just a dream in my head. I needed to find someone that I could regularly practice with. Someone that would be committed.

Then one day I had this thought of asking Simone if she would be interested to partner up with me! After a few days of running this around my head, I decided to call her. She told me to come over to her house straight away!

The first thing she said to me was “Play me the music! If I like the music, I am in!” and so I played her one of my favourite songs. I had never seem someone so excited before! She was over the moon with excitement! Both of us were.

Simone is a professional dancer – with background in ballet, contemporary, jazz and flamenco. She has run her own dance academy and has excelled in various dances. Zouk Lambada was something new and exciting for her – and I could see that I would learn so much from her too.

I am amazed at how the universe works.

I had thought that I would need to find a male partner, but it so happens that Simone was the perfect partner and has taken my dancing to a whole new level with her background.

This journey with Simone has been incredible. We have achieved so much in the last year and a half…and are now about to launch our classes!

This is an exciting moment for me and one that I am capturing in this moment!